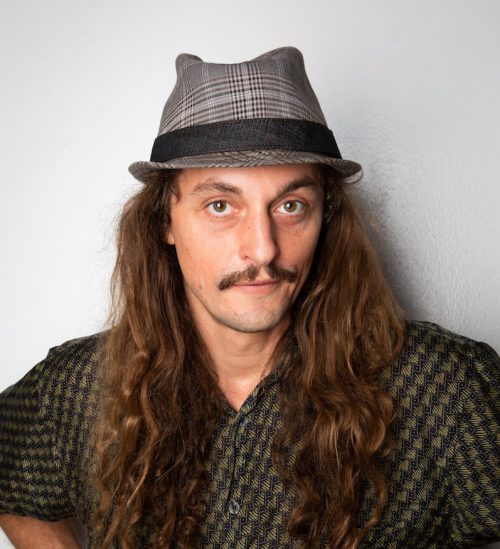 Bennett Ewing, informally known as “Eyevan Tumbleweed” (b. 1982) is best known for his sculptural series of faces comprised of found wood. Originally from the Greater Boston area in Massachusetts, he now lives in Sonoma County, California. He studied art and writing at Prescott College, Massachusetts College of Art and Northeastern University.

A nature lover with an art intensive background of over twenty years, he has worked in various creative mediums, including illustration, representational and abstract sculpture in ceramics and metal, song writing, musical and comedy performance, fiction writing and storytelling.

At the turn of the century, Bennett discovered his niche medium in found wood sculpture. His facial series work began after first designing and assembling wearable masks and headdresses from found wood. Since then he has spent the majority of his artistic focus creating an ongoing series of visages comprised from pieces of wood he collects from mountains, deserts, swamps, riparian zones, forests and beaches. One of the things that distinguishes this artist from many of his contemporaries is not only the geographic diversity of his materials, but the fact he neither carves nor colors the wood he uses.

Since my childhood in New England I have been beckoned and inspired by the natural world. As an adult I consider my ongoing series of found wood faces and forms to be a re-creation of my childhood perception of nature spirits. In a similar sense, I now see the faces that emerge from my work as nature, itself, personified.

Past works have featured weathered woods gathered along his travels from close to forty American states, Mexico, Canada and Ireland. The wall-hanging relief faces in his series are pieced together meticulously and somewhat extemporaneously, using the natural colors, patterns and directions of various wood fragments to create countenances described as powerful, whimsical and even haunting. Bonded with glues and reinforced with two-part epoxy, the sylvan entities and their expressions of thought and emotion portray a glimpse of an otherworldly realm that is not altogether unfamiliar. 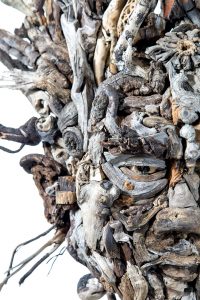 Unlike artists of most other mediums, Bennett cannot simply buy more materials at the art supply store. Instead he always has an excuse to explore nature, in search of the wood pieces to larger unknown puzzles. His self-taught techniques range from smooth and spiraling to rough and jagged, blending fantasy with reality and impressionism with ornate design.

To achieve these effects, finding wood while immersed in nature is a necessary ritual for the artist, occurring several days of the week, year-round. Patience is an essential virtue for Ewing as his sculptures sometimes take years to find the right material matches for satisfactory completion.

As a child in New England, Bennett recalls his perception of nature spirits while walking and playing in the woods. Whether it was the experience of pareidolia or something more, the sculptor sees his art as an adult to be a re-creation of his childhood musings.

While the artist’s story and series images have been circulated worldwide via the internet, his work has been exhibited mostly in California, USA. He has shown his series work more frequently over the last decade in galleries and hopes to eventually display in museums.

Allowing the wood to guide me, my sculptures organically take on lives of their own. They evolve tediously by trial and error, without any internal framework or premeditated vision. Structural integrity and preservation are achieved through a combination of adhesives and chemical treatments.

After exploring 360 degree forms as an artist in residency, he aims to build on his relief work and attempt projects of larger scale and complexity. It is also one of Bennett’s dreams to travel the globe gathering wood from other continents and experimenting with site specific projects. Check out his stunning works below. 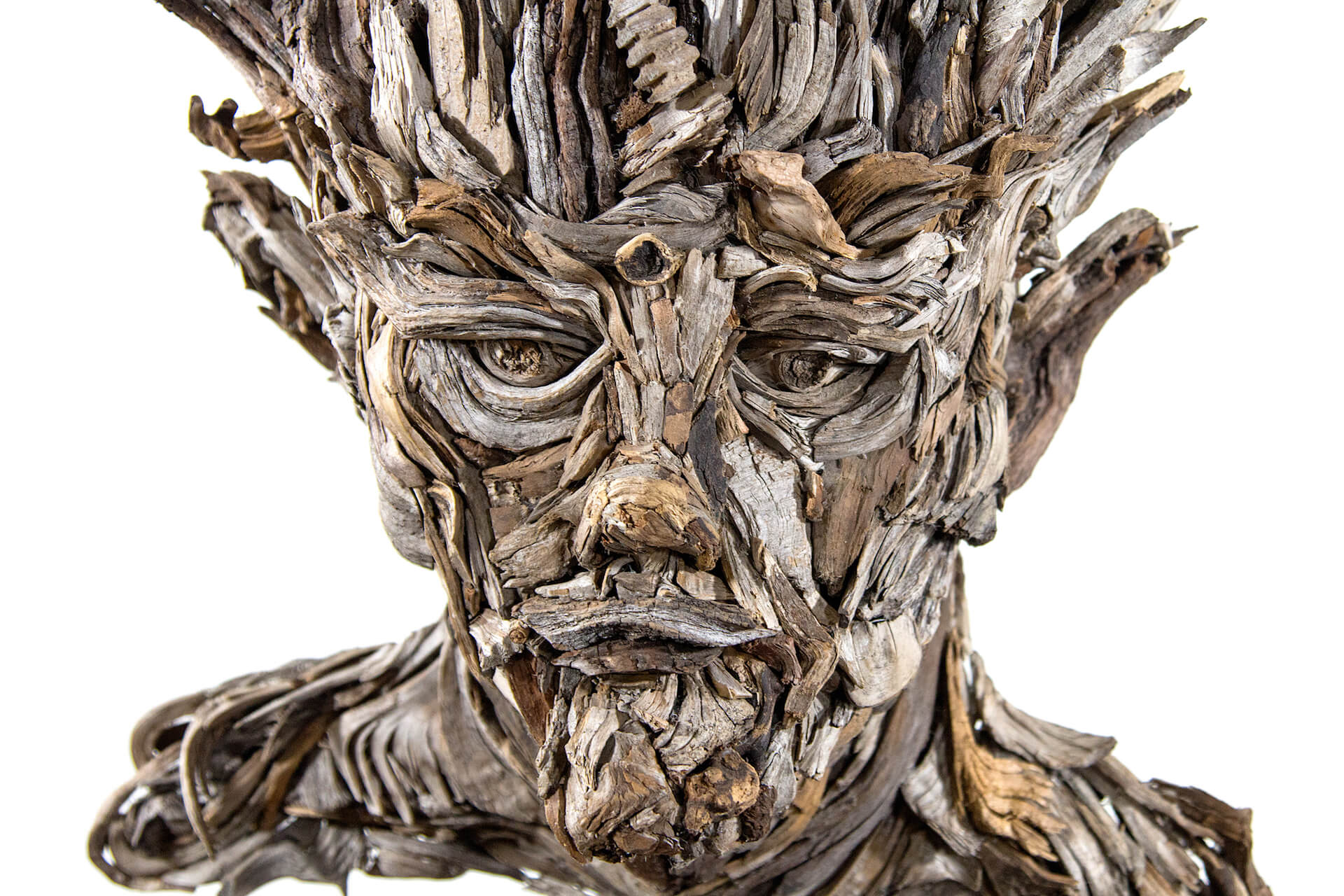 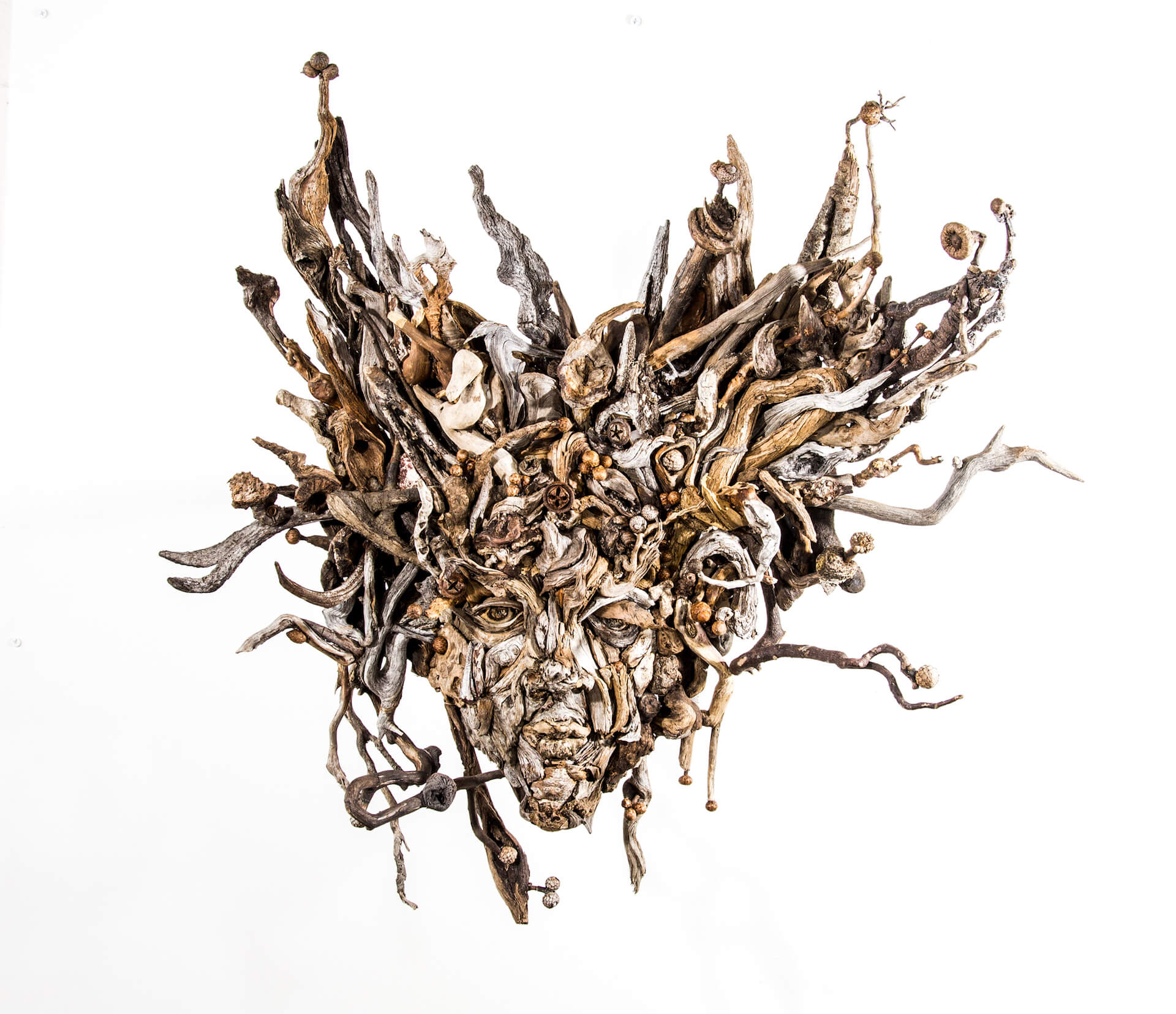 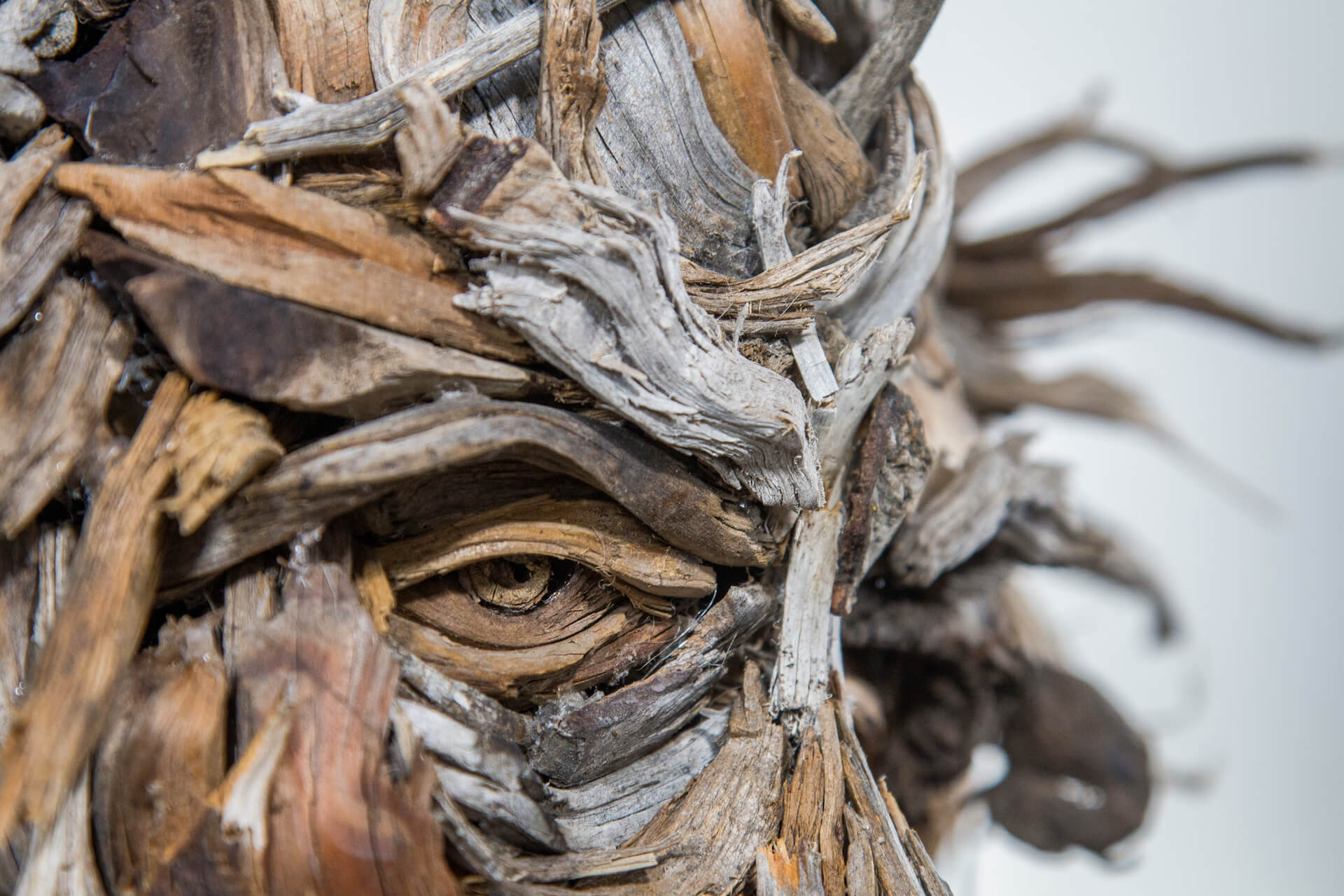 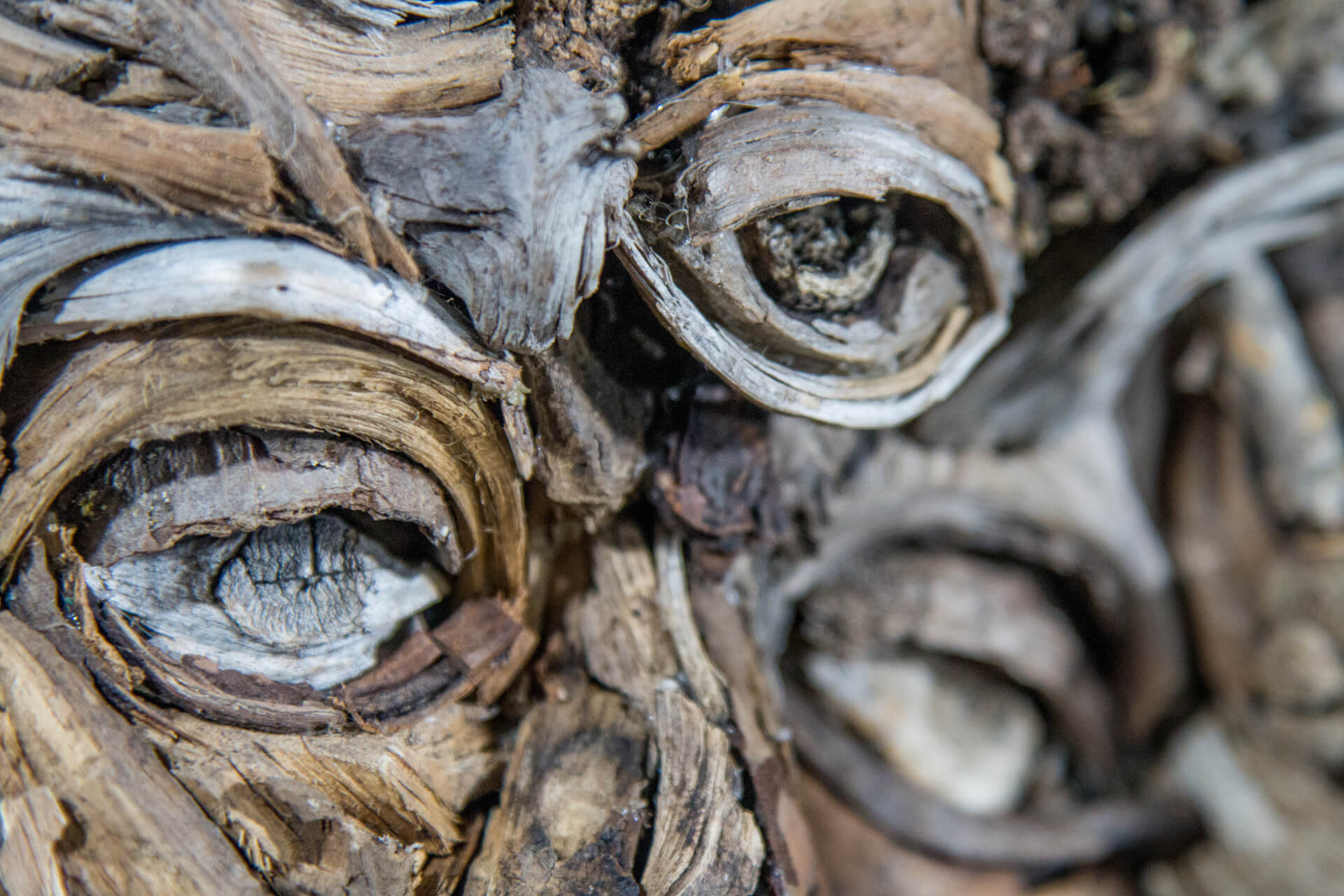 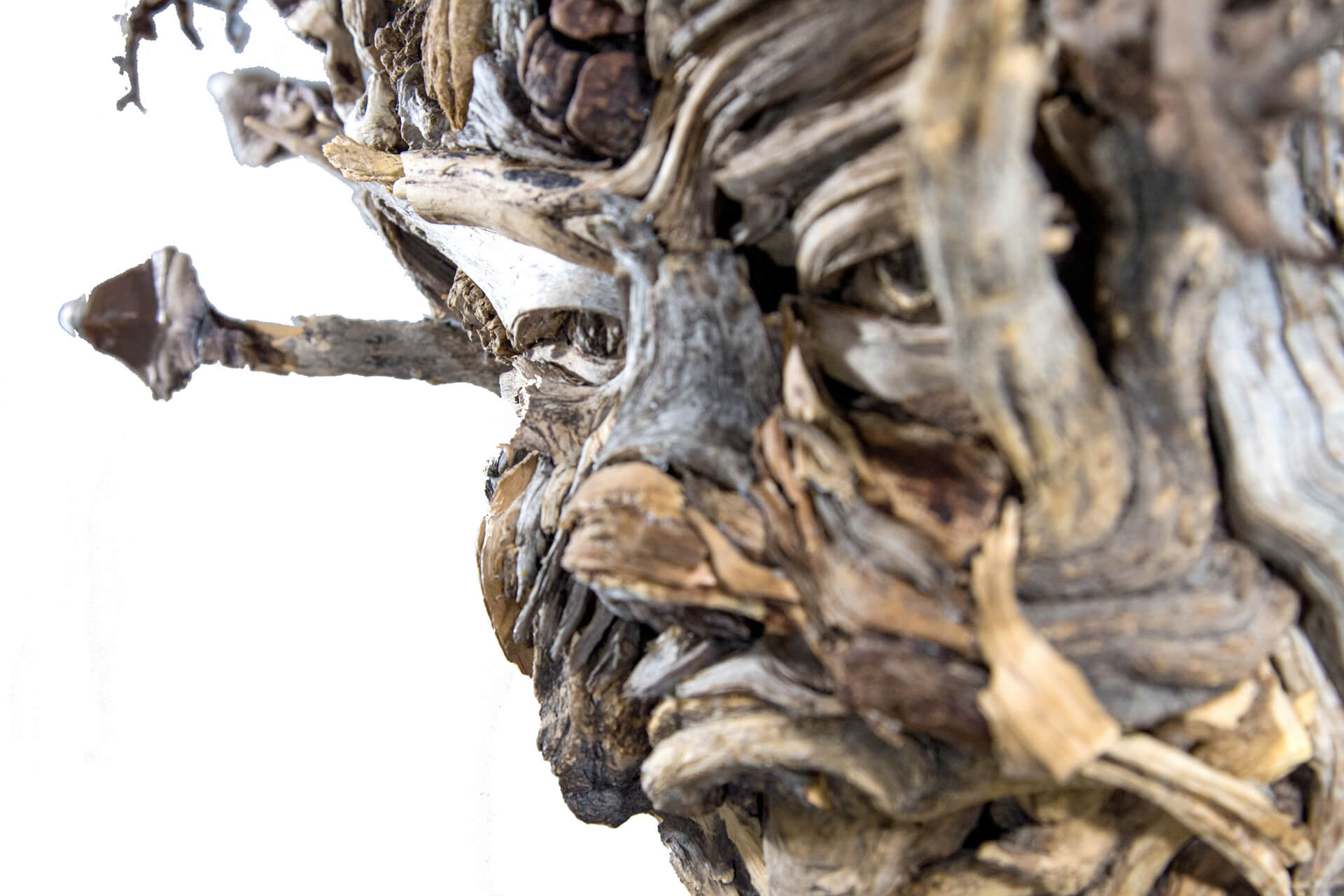 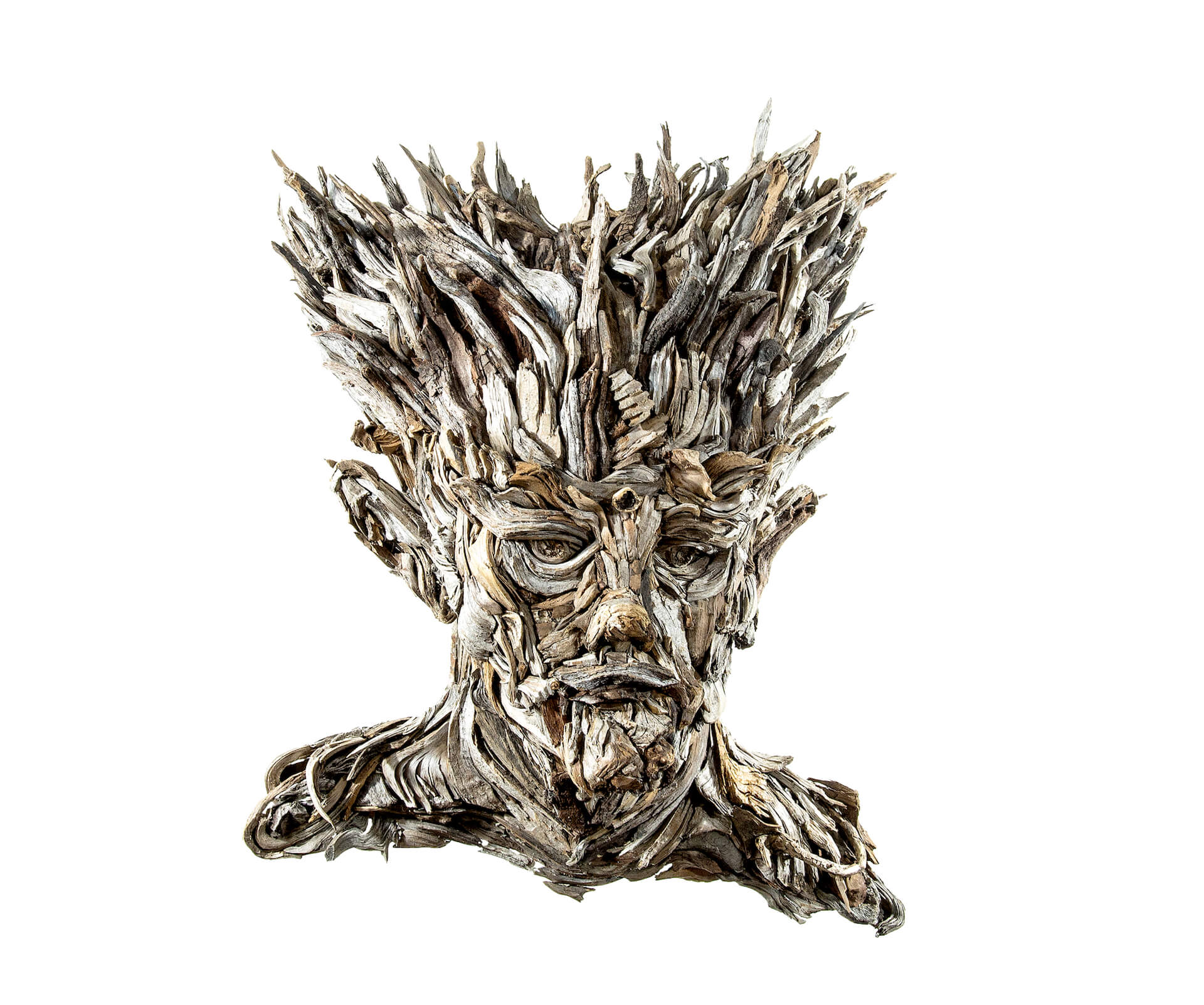 Thanks for watching! Share this if it resonates with you.